Hobart Festival of Women Writers is delighted to turn the Spotlight on the Festival’s bloggers, Breena Clarke and Stephanie Nikolopoulos.

Stephanie Nikolopoulos has been posing questions for the Festival’s new Participating Writers about their work and their approach to writing craft. Here Breena Clarke probes to find out what motivates and delights Stephanie Nikolopoulos and her writing and Stephanie gets to turn the tables on Breena about co-organizing The Hobart Festival of Women Writers for seven consecutive years.

BC: Stephanie, you’ve traveled solo to many countries. How has your global travel informed your writing?  Can a woman alone really experience the wide world? Can a girl go On The Road like Kerouac?

SN: When I was a little girl growing up in New Jersey, we used to drive into the city to pick up my grandma from Port Authority. She was afraid of flying and didn’t drive so she would take the Greyhound bus all the way from Minneapolis, where my mother had grown up, to New York City. I’d watch the Rube Goldberg machine as we waited for her arrival. Other times, not just my family but my cousins’ family would drive out to the airport to pick up our yiayia in a grand celebration. My father’s mother was coming from a dilapidated Greek village where the only shower at her home was a spout in the stable that used to house the horse. She was hesitant around escalators yet managed to get on an airplane. Through the example of both of my grandmothers, I saw that solo travel was an ordinary part of a woman’s life. Although I knew that as a woman I had to be particularly careful as to staying out past dark and understanding male-female dynamics in certain countries, I had also grown up as a bridge-and-tunnel kid, stuffing money down my socks and being careful not to look like a tourist whenever I took the bus into New York City on weekends. Who could pass up adventure? 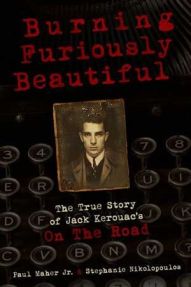 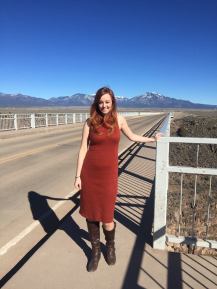 Stephanie on the road.

SN: I carry a cheap, nondescript cross-body purse with lots of pockets when I travel. Stuffed in the purse is usually a notebook and a black-ink pen or two. I feel like I do more writing on the road than when I’m at home. I’ll typically write on the plane, the bus, the train, and as time allows in wine bars and park benches, as well as at night in bed. I write about everything I’ve seen and done and experienced. I write about the people I’ve met along the way. I write how I feel, which often veers back toward things back at home. It all pours out when I’m finally free from the routine of daily life. Although I try to leave room for spontaneity, I research my trip meticulously before I go, and my itinerary almost always includes a bookstore or library. I become overwhelmed with feelings of inspiration and unity just looking at the books. Books symbolize a desire to preserve history, to dream, to create, to share, and even if I can’t read the language they’re written in I believe in their power. Though aspects of our cultures may differ, when we read we discover that we’re all looking to be seen and understood, to be loved, and to feel like our lives are meaningful. My writing reflects this. I’ve also discovered that sometimes the best form of travel is through a good book.

Stephanie Nikolopoulos is a writer and editor, based in New York City. She is the author, along with Paul Maher Jr., of the book Burning Furiously Beautiful: The True Story of Jack Kerouac’s “On the Road.”  She also wrote the introduction to the reissue of the travel classic A Lady’s Life in the Rocky Mountains by Isabella Bird and contributed to Benet’s Reader’s Encyclopedia.  Her personal essays and journalism on visual arts, literature, endangered languages, and Greece and Sweden have appeared in such publications as BOMBlog, Brooklyn Rail, Gothamist, The Literary Traveler, and The Millions as well as mentioned by The New Yorker (Page-Turner), The Paris Review (On the Shelf), The Huffington Post and other media outlets. For more than a decade she has edited books for a publishing house.  She is also the visual arts editor for Burnside Writers Collective, where she writes a column about church architecture called Church Hopping and offers live tours.  She has taught writing classes in New York and Michigan and written curriculum for authors.  She has given readings at the Bowery Poetry Club, Cornelia Street Café, The Sidewalk Café, and other establishments.  For more information, go to StephanieNikolopoulos.com

SN: You do so much to support, inspire, and teach other writers. How has the Hobart Festival of Women Writers challenged and grown you as an author?

BC: Well, you are right about challenge and inspiration. Those are the most important aspects to me of the continuing programming at Hobart Festival of Women Writers. We’re celebrating our seventh consecutive year of the annual, three-day Festival. It’s been a thrill to meet the roughly sixty women who’ve participated since 2013. Each year we invite women who’ve never attended before, and we welcome back returning writers. The writers come with a wide swath of fresh ideas for narrative and poetic form and witnessing with words. The Festival strives to have someone to represent all genres, and we include upstate, downstate and national writers of all races and ethnicities. I enjoy the chance to promote my books at the Festival and to have new eyes on them, to introduce them to new readers. Listening to the other writers’ work invariably leads me to a spark, a flash, a fresh new observation. Every year I experience a surge of creative energy following Festival weekend. Partly this is due to the breathtaking landscape of The Catskills, which has always inspired writers and artists. Though a significant part of this renewed energy is the camaraderie of the Festival’s participating writers. I particularly enjoy that we’ve grown and expanded like a series of circles including more writers and volunteers each year. And each year we’ve had a flash reading where our alums read three minutes of their work. It’s just the right amount of time to get a good grasp of an author’s work, and Festival-goers get a chance to hear a wide range of voices. Also I especially love working with my sister, Cheryl Clarke. She’s a poetry genius, as well as, essayist, fundraiser, and administrator. Barbara Balliet is the third member of the founding triumvirate. She’s the owner of Blenheim Hill Books, one of the six independent bookstores that form the Hobart Book Village. Especially with the recent passing of the extraordinary novelist, Toni Morrison, a writer whose work was for me transformational, I’m motivated to continue to support and expand upon opportunities for women in all literary genres.  This fall I’m celebrating the 20th anniversary of the publication of my debut novel, River, Cross My Heart. For more information, go to BreenaClarke.com 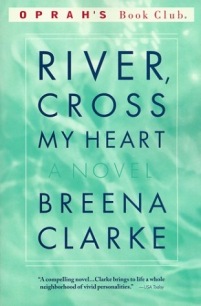 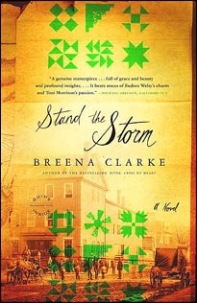 Breena Clarke – How They Must Have Felt: Developing an emotional landscape in fiction. Authors often face empty spaces when researching the past for the voices of people outside of the racial, social, and economic mainstream of American history. Faced with incomplete historical records, fiction writers must speculate about the past, filling in the interior lives of people left out of narratives. The process of constructing these interiors requires reimagining geography, history, sociology, etymology and the uses of slang. What techniques can the fiction writer employ to create voices of the past? Participants will learn techniques to get started laying out an interior landscape for their fiction including research strategies for jump-starting the writing process.

Stephanie Nikolopoulos – Wild Women on the Road. Bohemians, rockers, and nature lovers throughout history have blazed their own paths, inspiring generations of women to put the pedal to the metal—and the pen to the paper. So why is women’s writing so often derided as “domestic,” and why do so many women’s travelogues read like chick lit? We’ll discuss ways to elevate the genre in terms of both substance and style as we take a fast-paced ride along with Manal Al-Sharif (Daring to Drive: A Saudi Woman’s Awakening), Lynne Cox (Swimming to Antarctica), Waris Dirie (Desert Flower), Patti Smith (M Train), and other women who defied conformity. Geared towards those who want to advance plot while maintaining artistic style, in-class writing exercises will equip you with the roadmap you need through storytelling templates and literary devices. Choose your own adventure—and encourage other women to live more fully even within their own neighborhoods!

Support the arts in The Catskills. Contribute whatever you can to Hobart Festival of Women Writers 2019 Indiegogo Fundraising Campaign. All funds raised go to pay the honoraria and travel assist to our Participating Writers.  Indiegogo Festival 2019

Support the arts. Now more than ever.