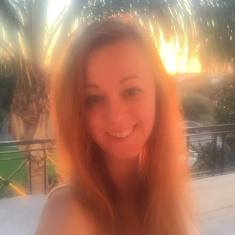 Stephanie Nikolopoulos, writer, editor and blogger, has returned for her fourth year with Hobart Festival of Women Writers. Stephanie Nikolopoulos, based in New York City, is the author, along with Paul Maher Jr., of Burning Furiously Beautiful: The True Story of Jack Kerouac’s “On the Road.” Stephanie also wrote an introduction to the reissue of the travel classic A Lady’s Life in the Rocky Mountains by Isabella Bird and contributed to Benet’s Reader’s Encyclopedia.  Her personal essays and journalism on visual arts, literature, endangered languages, and Greece and Sweden have appeared in such publications as BOMBlog, Brooklyn Rail, Gothamist, The Literary Traveler, and The Millions as well as mentioned by The New Yorker (Page-Turner), The Paris Review (On the Shelf), The Huffington Post and other media outlets. For more than a decade she has edited books for a publishing house.  She is also the visual arts editor for Burnside Writers Collective, where she writes a column about church architecture called Church Hopping and offers live tours.  She has taught writing classes in New York and Michigan and written curriculum for authors.  She has given readings at the Bowery Poetry Club, Cornelia Street Café (reading at Cornelia Street cafe with David Amram, The Sidewalk Café, and other establishments. 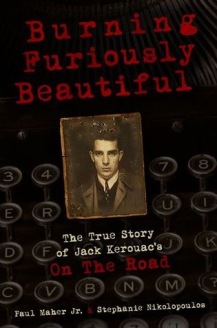 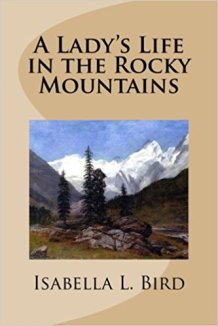 Experienced in book promotion and social media, Stephanie Nikolopoulos has been interviewing the Participating Writers who are coming to The Hobart Festival of Women Writers for the first time in 2017 for our Festival blog. Read all the SPOTLIGHTS on our writers  Stephanie has raised some engaging questions, so we’ve turned the tables on her. Festival co-organizer, Breena Clarke, asks Stephanie Nikolopoulos about her Festival experience. 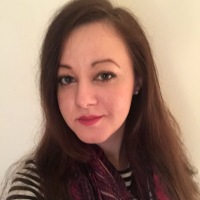 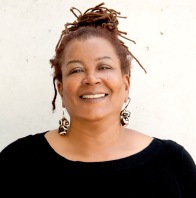 BC: – Stephanie, From the first time I encountered your stunning black and white blog, Stephanienikolopoulos.com which features your thoughts on Greek-American identity and Jack Kerouac, I’ve wanted to know this: What book, what idea, what moment caused you to become enamored of The Beat Generation writers?

SN: When I began studying the writers of the Beat Generation as an introverted teenager in the suburbs of New Jersey, I fell in love not just with the way Jack Kerouac strung words together to form sentences as beautiful and complex as necklaces comprised of many one-of-a-kind beads but also with his friendships with other writers. I longed for this kind of literary community – the fellowship of a group of writers diverse in genre and style yet like-minded in devotion to language, which spurred each other on in vision and promotion. I’ve been fortunate to find pockets of literary communities over the years, but there’s only one for which I’ve consistently set aside my vacation days: The Hobart Festival of Women Writers.

BC: So, let’s talk about The Festival and what you’ve done here as a Participating Writer since joining us in 2014. What are your workshops like? What is the workshop experience at The Festival like?

SN: In my workshops, I’ve shared the literary and professional lessons I’ve learned from the Beats. In my first workshop in 2014, we convened in The Adams Antiquarian Book Shop and explored writing about place. The next year, at the art gallery, Mural On Main, we experimented with different types of collaboration. Next, we came together in intimate circles around a table at Blenheim Hill Books and talked about how to remedy our need for a literary community through writing groups and social media. Each year I’ve cherished hearing the hearts of these fellow writers, the workshop participants, some of whom have been published authors and some of whom were taking their first tentative steps toward writing. I learn and am encouraged by them, as well as by the other writers teaching, whose classes I’ve attended as a student.

BC: One of the things most meaningful to me about The Festival is the serendipity of meeting other writers and forming a lively literary community. In your workshop description for Festival 2017, you say that community building has practical, real-world implications for writers.

SN: For Festival 2017, I am presenting the workshop: Build Demand for Your Book Proposal. We’ll talk about how to create literary community beginning right here at the Hobart Festival of Women Writers and then how to continue to build on that through networking approaches that work best for your unique personality, whether you love parties or consider yourself shy. We’ll do in-class writing exercises that will help the participants write their book proposal and build readership – even if they haven’t finished writing their book yet! In today’s publishing world, having a platform is necessary, and a writer will be a step closer to getting a book deal if they begin building demand for the book today.

BC: Stephanie, tells us a little of what the Hobart Festival of Women Writers has meant for you and your work.

SN:  I always look forward to attending the other workshop sessions and readings as well — to be startled and inspired once again by the wide range of voices and the diversity of the worlds portrayed. Finally, kudos to the Festival’s organizers and the community volunteers and bookstore owners who put this high-energy event together each year. We are living through such difficult times in this country and throughout the world. Events like The Festival of Women Writers are more vital than ever. Spending a weekend in Hobart reading, writing, teaching, communicating and breathing in all that loving energy and wisdom always gives me hope that we will somehow find our way out of this darkness. 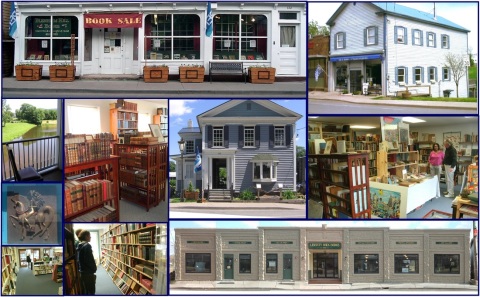 Watch Stephanie Nikolopoulos reading from Burning Furiously Beautiful and discussing the woman who inspired Kerouac’s On The Road.

For more information on Stephanie Nikolopoulos, go to www.stephanienikolopoulos.com

For information on Hobart Festival of Women Writes 2017, go to www.hobartfestivalofwomenwriters.com