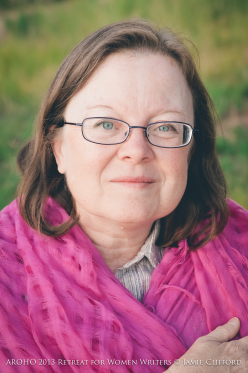 Poet, Diane Gilliam was born into a family that was part of the postwar Appalachian outmigration, and the region’s people populate her poetry collections One of Everything(2003), Kettle Bottom (2004), and Dreadful Wind and Rain (2017). Raised in Columbus, Ohio, she went on to earn her bachelor’s and master’s degrees in Spanish and a Ph.D. in romance languages from Ohio State University. She also earned an MFA in creative writing from Warren Wilson College, located in Swannanoa, North Carolina. Among her many awards and honors are the Ohio Arts Council Individual Artist’s Fellowship (2003), the Perugia Press Prize (2004), the Ohioana Poetry Book Award (2005), the Thomas and Lillie D. Chaffin Award for Appalachian Writing (2008), and the Gift of Freedom Award from A Room of Her Own Foundation (2013). Her work is also included in the Pushcart Prize XXX anthology.

“Diane Gilliam tells women’s urgent stories in poetry that is both stunning and accessible. “Dreadful Wind and Rain” illuminates her interest in the interactive role myths, fairy tales, and other received stories play in how we become who we mean to be.”

—A Room Of Her Own Foundation 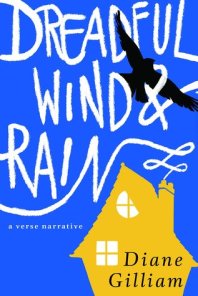 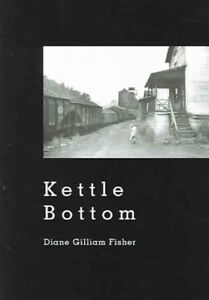 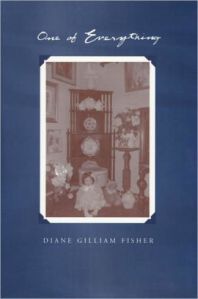 Diane Gilliam speaks with Stephanie Nikolopoulos about her work and the people and places that inspire and inform her.

SN: Your first book of poetry, One of Everything, tells the story of several generations of women tied to the southern Appalachian mountains. Why did you choose to take a generational approach?

DG: I came to poetry in my late thirties and part of what was happening was that my mother was sick, a recurrence of breast cancer on her lung. I was on leave from an academic job I had at the time and so when she had the difficult post-chemo days, I would go stay with her so that my dad could keep working. We started to talk in ways that we never had before, a lot of stories started to come through about when she was growing up. My grandfather was a cruel man—that doesn’t begin to say it—and so the first impulse in my life as a writer was to witness for my mother and her mother and the rest of the children. You can’t save people from things that have already happened to them. But I do believe that there is some kind of redemption in holding their stories together with the stories of those down the line who have arrived in lives free from the dangers that their ancestors suffered.

SN: Kettle Bottom continues the first book’s exploration of coal mining through the lens of community. How does poetry shape and expand community?

DG: Let me answer this with a story. As I was writing Kettle Bottom, I stayed immersed in whatever I could find from the time and place of the Mine Wars. John Sayles’ movie Matewan tells the story of what’s called the Matewan  Massacre, and it was filmed in southern West Virginia. When my eyes would get lonesome for the mountains, I would watch that movie and soak up the images of the place. One of my daughters came into the living room while the movie was on, and she stayed and watched it with me, even though she didn’t like to watch movies that told hard stories. When it was over I asked her what she thought, and as she left the room she said, “You know I don’t like movies like that.” Then after a moment she came back around and she said, “It makes you feel kind of good, though, to know you come from people who didn’t just lay down and take it.”

When you don’t know the story of your people, it’s like somebody reached in and snatched out a big chunk of your backbone. You need your backbone. You need your whole story, as much of it as you can get. And it needs to be the story as your people lived it, not the official version.  That is part of poetry’s work in the world—to help keep alive stories that we need to live by.

SN: You received a Gift of Freedom Award from a Room of Her Own Foundation to financially support your writing. What has this meant to you as a writer?

DG: It’s hard to know how to begin to answer that question, it calls up so much feeling.  For me, a full-time writing life is a constant negotiation between the need for enough time for the writing to happen rightly, and enough money to keep financial fear at bay—so that the writing can happen rightly. I have managed sometimes better and sometimes worse, and there have been plenty of times when I have not been able to see a way. When the Gift of Freedom came, it was damn near miraculous. In the beginning, I couldn’t have believed there was a greater gift than that. Then I was brought into the AROHO circle of women and their presence in my life has been a full and beautiful source of energy and heart. I know it will be so for us too, when we are together at Hobart.

Diane Gilliam joins the Hobart Festival of Women Writers for the first time this year and will be teaching the workshop LEAPING Poetry.

Where does vision come from?  What are some sources of energy in poems?  What can we say about the nature of a leap?  How do vision, energy and leaping manifest on the page?  What textual strategies conjure them? Participants are invited to bring a leaping poem of their own or someone else’s, and one of their own that’s in need of some leaping energy

for more about all of our Participating Writers, go to Spotlights 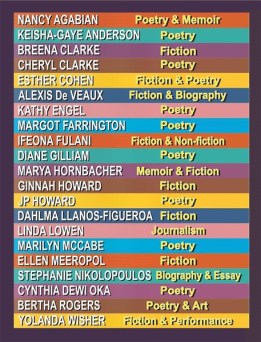