This special Table Reading and Workshop Discussion is

Open to the public and Free of charge

STOLEN GIRL SONG is a one-woman one-act play that takes on the theme of human trafficking through the tale of ‘Leni,’ an orphan girl in Rotterdam who addresses her story to an imaginary ‘audience’ in her mind. Lonely, imaginative and obsessed with American TV shows, Leni pursues her big dream of singing onstage, letting herself be lured toward the exploitative Amsterdam nightclub scene.

STOLEN GIRL SONG—complete with Leni singing her own songs about famous ‘stolen girls’—takes place on Leni’s final evening at the orphanage as she makes a bold break into what she believes will be fame and freedom.

STOLEN GIRL SONG has had workshop readings at the Northern Writes New Play Festival in Maine and at Poet’s Theater in Cambridge, MA. 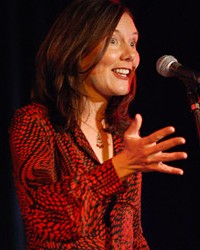 Following the Table Reading of STOLEN GIRL SONG, Elizabeth Searle, faculty member of The Stonecoast MFA program in creative writing at The University of Southern Maine, will lead a discussion of the craft of adapting a novel to the stage.

Hobart Festival of Women Writers is excited to announce that, for this special Table Reading of STOLEN GIRL SONG, the role of Leni will be played by Broadway actress, Heidi Friese.

Join us for this exceptional opportunity to see a dramatic work in process and to discuss the art and craft of bringing a play to the stage that began between the pages of a novel. 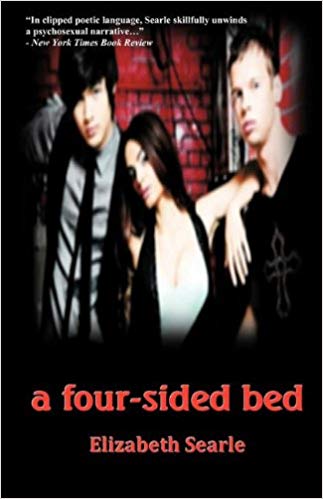 Elizabeth Searle is the author of five books of fiction, most recently We Got Him, which comes out in audiobook this year. Previous works are: the novels Girl Held In Home; the novella Celebrities In Disgrace, called “a miniature masterpiece” by The New York Times Book Review; A Four-Sided Bed, in a new paperback edition and nominated for an American Library Association Book Award; and the story collection, My Body To You, winner of the Iowa Short Fiction Prize. (A Four-Sided Bed is now in development as a feature film.

Elizabeth Searle’s theater works have been featured on Good Morning America, CBS, CNN, NPR, and the AP. Her play, Tonya & Nancy: The Rock Opera, was a sold-out production both at the New York Musical Theater Festival and in February 2018 at Feinstein’s 54 Below in Manhattan. Elizabeth Searle is an editor and contributor with Tamra Wilson of IDOL TALK: Women Writers on the Teenage Infatuations That Changed Their Lives.

REGISTRATION IS OPEN!!!  for a complete description of all of the workshops and programs offered at Hobart Festival of Women Writers 2018, go to www.hobartfestivalofwomenwriters.com